Adam Heilig
"It does not matter how slowly you go as long as you do not stop."

Saturday Night Fever is coming to the Sydney Lyric Theatre in March 2019. Authorised ticket seller is Ticketmaster Australia. Please DO NOT book via Viagogo.

You will strut to SATURDAY NIGHT FEVER in this blazing stage show that propels the cult classic to phenomenal new heights from 29 March 2019.

Based on the 1977 movie starring John Travolta, this is the story of Tony Manero and his quest to break free from conformity and become king of the club.

The movie is credited with defining the 1970’s, while the soundtrack remains the best-selling soundtrack of all time with over 45 million copies sold. 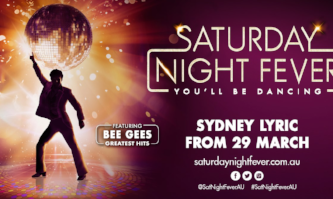