Maria Benz
There is nothing permanent except change. Actor Vicky Kaushal says it would be unfair to call his next film Raazi, a film based on the 1971 Indo-Pak war, as just a war film, as the movie explores much deeper themes in its narrative.

Raazi is the story of Sehmat, played by Alia Bhatt, who crossed the border in 1971 as an Indian spy after she gets married to a Pakistani military officer Iqbal (Vicky) to extract classified information.

“The film is not just about India-Pakistan war, it is much deeper than that. It is about an individual relationship. 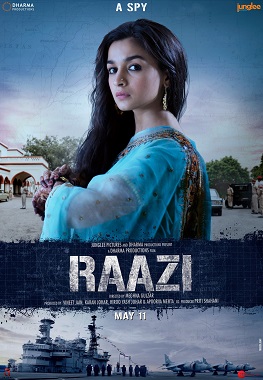